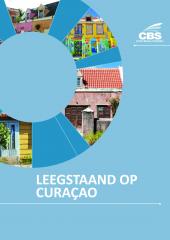 This is the report of findings of the housing-vacancy survey conducted by the CBS. A housing field survey was carried out for this study, to assess the available housing stock and, more so, the current housing vacancy. The survey was carried out using the GIS technique. This was the first time the CBS carried out a survey from start to finish using this instrument. (GIS was applied in all phases of the survey: design, execution in the field, progress monitoring, analysis of collected vacancy data and presentation of the survey results.)

As part of the study, data from the 2017 housing survey was compared to the 2011 Census data. The following are the main findings based on this comparison: